Granite Gear is a popular brand among backpackers. It was started by two backpackers themselves, who found their calling in making the lives of others like themselves easier.

Granite Gear founders Jeff Knight and Dan Cruikshank met in junior high school. But it was in college, when they were roommates, that not only did their friendship deepen but also the seeds for Granite Gear were sown.

Apart from sharing the apartment, a dislike for college, and a liking for Bob Marley, the two also discovered a shared love for the outdoors. During a two-week paddling trip the pair took into Canada’s Quetico Provincial Park, they ended up battling a forest fire. They created a perimeter around the fire to contain it, which was later put out by the firefighters.

But that trip made them realize how out-dated their portage pack was and how they could recreate and re-engineer it to modernize it. Like many other legends, they dropped out of college to begin Granite Gear in 1986, when they were 23 years old and had $50 each. They initially started working on portage canoe packs.

Since the market was restricted to northern Minnesota and parts of Ontario, Canada, the duo decided to look at other products and found the backpacking market also crying for innovation. They decided to enter this segment and make a difference by introducing innovations. In fact, the two believe that unless they have something new to offer, there is no point in replicating what is already available.

In keeping with their belief that they must add value to whatever they do, the duo was on the constant lookout for ways to make a difference to the backpacks. Some of the innovations they introduced include:

The Granite Gear products are trail tested in the field by the intended users – the hikers aiming for the triple crown, the Appalachian Trail, the Continental Divide Trail, and the Pacific Crest Trail. The feedback is incorporated into the final product that is released in the market.

While the two are the prime sources of innovations, Granite Gear also has a team of people who supplement their ideas. The founders are open to inputs from the intended users and have developed products that meet their requirements based on inputs given by them on what they think they would need on a difficult hike.

Part of a Larger Organization

In 2013, Granite Gear was acquired by Brzz Gear LLC in Illinois in 2013 but this did not impact the design and manufacturing of the products by the Two Harbors firm. Most of the team and the two founders continued to work as before but the funding provided by the larger firm helped Granite Gear expand its facility.

Granite Gear has a wide range of products, including:

These are available in more than 500 retail locations in 15 countries and online.

Granite Gear exports nearly 35% of its outdoor specialty sales to Japan, China, South Korea, and Taiwan. The company, which has 25 full-time and part-time employees, has started outsourcing production from 1996 to Vietnam and China.

Since 2008, Granite Gear has been using its outdoor product manufacturing experience to manufacture military gear as well. Currently, it generates 60% of its revenues from outdoor gear and 40% from military gear.

The reason Granite Gear Products are popular is that they incorporate the best features of what a good backpack should have.

Primarily, these are the backpackers who take off on trails seeking the great outdoors. These could be for a day, a weekend, or even longer. There is also a campus series aimed at the college-goers and designed keeping their use in mind. Travelers will also find this very useful, be it as the only bag or as an add on to a suitcase depending on the duration of the trip.

The Call of the Wild

It is a passion that was responsible for the starting of Granite Gear way back in 1986. With just $50 each in their pockets and a magnificent dream in their hearts, two young college students dropped out of college to establish a company making gears for the outdoors. What they lacked in qualifications, they made up for it in research and development.

Determined not to replicate what was available in the market but to be trendsetters, they have made sure that they introduce something new in every product they launch. It could be in the use of material or the design. A mark of their success is the fact that they have a market reach not just in the town they hail from, the state or even the country, but have markets across the world.

They have shown that being small in size does not matter if your ideas are big and solve a problem for your customers. The Granite Gear team continues to be small but it continues to win customers by keeping its innovations meaningful. 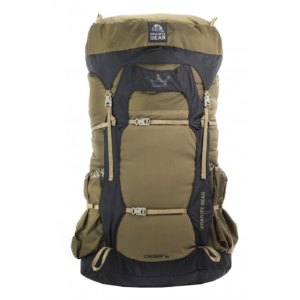 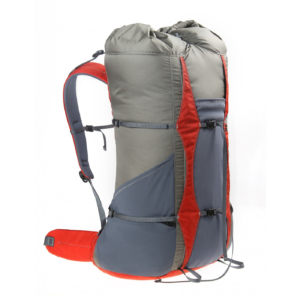 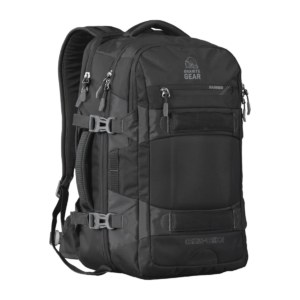 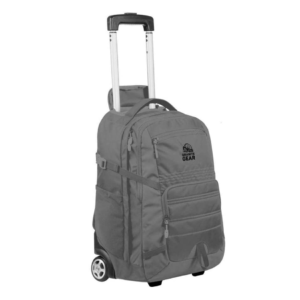